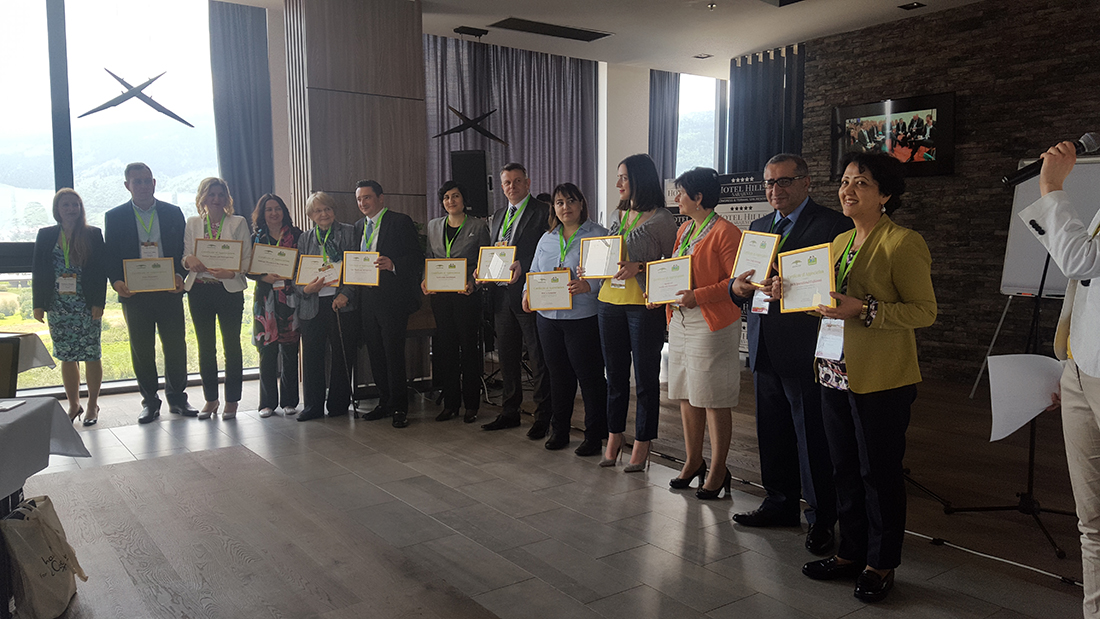 On May 24-26, 2017 Farm Credit Armenia credit cooperative, as a member of Microfinance Center (MFC), took part in the 20th annual conference of MFC titled “Horizon 2037. Fair Finance for All” in Sarajevo (Bosnia and Herzegovina). The Armenian delegation was represented by the CEO/President of Farm Credit Armenia Mr. Armen Gabrielyan and the Deputy CEO/Chief Financial Officer Mrs. Ani Sargsyan. Mr. Gabrielyan is an MFC board member since 2015 and due to his efforts our credit cooperative has a constant and active participation in the realization of microfinance programs and projects.
The Conference agenda included the primary tendencies of the last two decades in the financial sphere and their influence on the future developments of the sphere. The keynote of the conference was whether it would be possible to reach financial integration in a worldwide scale in 2037, enlarging the geography of MFC’s activities, including new countries and organizations in the movement.
This year as well, Farm Credit Armenia credit cooperative was granted a certificate of participation in “Borrow Wisely” annual international educational campaign. Within the frames of this campaign our credit cooperative meets its member-shareholders during one month with a certain schedule and operational procedures in all FCA branches and presents the principles of borrowing wisely through interactive discussions. This annual campaign is realized under the patronage of MFC and contributes to the protection of customers’ rights and financial education corresponding to international criteria.
Microfinance Center unites 105 organizations (including 77 microfinance institutions) from 33 countries of Central Europe and Asia that in their turn serve around 1.000.000 low-income customers.

Back to previous page